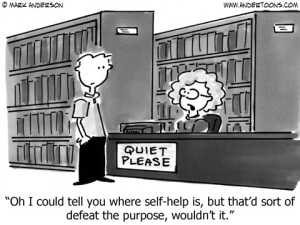 We have railed against bureaucracy since the time of the Roman Empire, if not earlier – almost certainly it was earlier. Our criticism climaxed in the all too fusty 19th century, most memorably perhaps when Dickens began Bleak House with a famous blast on a metaphorical London Fog in which “Never can there come fog too thick, never can there come mud and mire too deep, to assort with the groping and floundering condition which this High Court of Chancery, most pestilent of hoary sinners, holds this day in the sight of heaven and earth.” Similar attacks came in Little Dorrit with its all too recognisable ‘Department of Circumlocution’ and in his many essays.

He was not alone – and novelists weren’t the only ones to curse in print. In his great work, The English Constitution (still the clearest guide to this elusive but essential topic) Walter Bagehot warned that “The trained official hates the rude, untrained public. He thinks that they are stupid, ignorant, reckless – that they cannot tell their own interest – that they should have the leave of the office before they do anything.” Little has changed. “Functionaries are not there for the benefit of the people,” he said, “but the people for the benefit of the functionaries.”

In what way? Bureaucracy comprises “a staff of clerks and expectants in every department looking for employment, appointments or promotions.” (I love the word ‘expectants’.) In summary: “Bureaucrats care more for routine than for results.”

Lest we think the problem lies with petty officialdom only, we should not forget Voltaire’s maxim (one of many; the man seems to have composed at least one every day): “The art of government is to make two thirds of a nation pay all it possibly can for the benefit of the other third.”